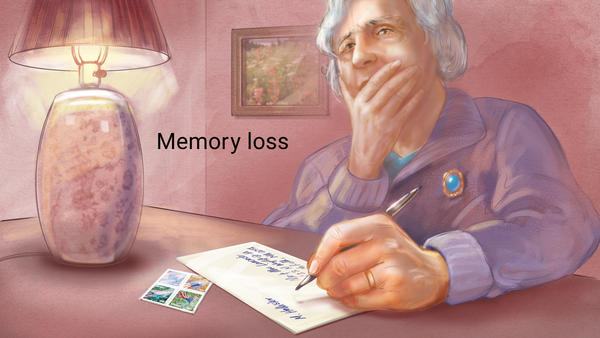 As far as we know , there is no cure/healing for ” Dementia ” (年老痴呆或失智症). It dissipates a lot of man-power and human resources. Its cause might be due to brain-degeneration !  It seems that the longer the life span the higher risk to get it. 3 thousand years ago, the Chinese Daoists (道家）wanted to find out an exercise to prolong human healthy lives ( long life is meaningless if not healthy !) By observation, they found that turtles and cranes had much longer lives (about 100 years) than other creatures like dogs which could only live less than 15 years. The mystery is that : dogs breathe very much faster (i.e. 1 cycle,breathing in and out less than 2 sec.) whereas turtles could breathe in and out in a very slow, fine , deep and longer process and even could hold their breath for nearly 10 min. On the other hand, everybody knows that we breathe by our lungs, but apparently it seems that babies breathe by their abdomens (i.e. diaphragms 丹田，outwardly moving up and down), youngsters by their chests and dying human by their throats  !  So if we want to restore to our younger age physically and mentally (返老还童），we must practice more abdomen-breathing . Then the Daoists combined the above 2 observations into one conclusion to establish a long-life breathing exercise so called as : ” turtle-style basic chi-gong ( 龟式养生功).”  The sequence is : breathe in thru the nose in the manner of fine, deep, slow and longer process with the abdomen in then pause for 5 to 10 counts (these 5 to 10 counts   pause are crucial to activate those inert breathing cells re-survival and active again !). Finally breathe out slowly thru the mouth. That is  one cycle. If we do feel panting, just do natural breathing in-between each cycle. Either in the bus, train or at home watching TV, just do 15 to 20 cycles 3 times a day would enhance our immune systems to resist various illnesses,  further more to save our medical bills. So far as we know : we would survive if we do not eat but just drink for 10 days. We might be dying if we do not drink for 1 week. But we are sure that we would not survive if we do not breathe for 3 min. In other words if we do not have adequate oxygen intake, our brains would be degenerated faster. As we grow older, the function of our lungs would be weaker and weaker (i.e. less efficient ) with less and lesser oxygen intake, in long terms would cause dementia (especially worse for smokers). So chi-gong is one important remedy. The early symptoms of dementia are panting and loss of memory ( it seems Ginkgo Biloba extract might be helpful). Some people thought that if we use our brains very often then we would not get dementia (for example to play chess to keep our brains active). It is half true ! For example few years ago, the Noble price winner, the ex-chancellor of Hong Kong university, professor Gao-Kun ( 高昆）who developed the optical fiber for the application of internet got dementia at the age of 79. Generally speaking, there are 2 types of chi-gongs, namely static chi-gong (e.g. meditation) and dynamic chi-gong (e.g. tai-ji) . Both have higher demand in physical and mental  coordination. But there is no biased effect (走火入魔）for the basic chi-gong. The combat chi-gong, like YI Long`s iron-shirt and golden-bell is out of scoop at the moment.

In order to enhance the medical benefits,we have to :