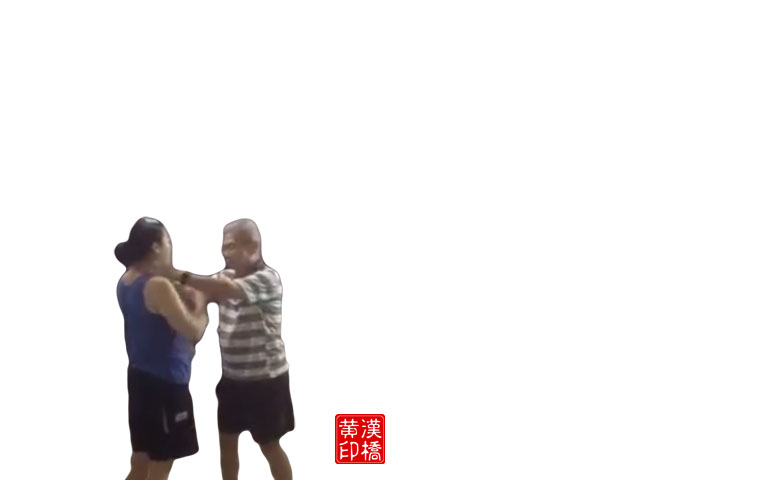 There was one true case happened 3 yrs ago that a local man married a foreign lady and lived together with a step daughter aged 12. One day the husband suspected that his wife was unfaithful to him. The drunken husband went home with fury. He strangled his step daughter to death in the living hall. Likewise if a young lady (adult woman) encounters a rather strong molester, what would you do ? You may have learnt TKD, Thai boxing or Judo…..These martial art could not help you much because the universal golden rule is : ” the strong always subdues the weak ! ” usually the molester would catch you (face to face) by your shoulders or worse would try to grip your breasts or worst would squeeze your throat (especially in India, most of the molesters would try to strangle the victim into coma then followed by raping and even killing because they do not allow the witness being alive). In this case, tai-ji might help you because tai-ji is the martial art which could be : ” the weak might subdue the strong ! ” You just need to spend 15 min. to learn the 1st movement of tai-ji (太极起式）from my distant teaching on the net, then you might be probably saved in future !    Let`s begin my tai-ji self-defense lesson as follows :  Just imagine a stranger (face to face) tries to hold your shoulders or to grope your breasts or even to choke you ( if your throat being choked, you have only 20 sec.or less to escape being in coma !)  Don`t be panicked, simply close your palms and fingers in an inverted Y shape then upthrust them into the space in-between the molester`s fore-arms right up to the height until his hands released from your throat (refer to my video).  Immediately open up your palms/fingers then use your finger-nails coming down to scratch his face/eyes ( you might blindfold him at least 5 min. or even life-time if his eye-balls being taken out). Then kick/knee his nuts and run away as fast as possible.  （注： 此 视频包刮 3 式 ：即（1）童子拜佛 〈化解锁喉〉（2）老猫爬树〈抓脸〉（3）膝顶。