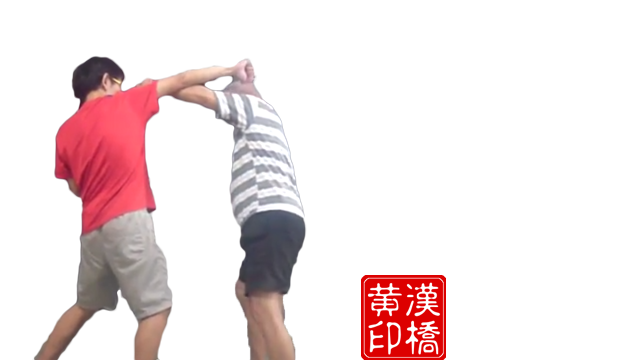 If you have watched the video : ” Fang Bian vs Simon Marcus, Jan 2015, you would be surprised that a world ranked No.1 Muay Thai world champion could be KO so easily not by Mohamad Ali but by a title-less (i.e. without any champion title )  sanda fighter. Fang Bian used a tai-ji movement ” 弯弓射虎“ meaning :  ” shoot an arrow from a bow uphill to hunt a tiger ”  to KO Simon by synchronizing his evasion and attack  as Simon charged him heavily with a hook punch( Note : both of them attacked each other at the same time ). Fang Bian`s left punch was so powerful because he ” borrowed ” Simon`s charging momentum （借 力） to reinforce the impact at least by 2-folds. Simon was at least bounced 2 meters away if no  backing of the rope. Even the bell which rang after the moment he fell still could not save him. Although he struggled to stand up but fell successively 3 times again ! Actually there are 2 more implicit attacks after the left punch in the movement of 弯弓射虎，but Simon collapsed too early therefore he had no chance to experience them(refer to my video !)

One thought on “Taiji subdues a hook punch by : 弯弓射虎”