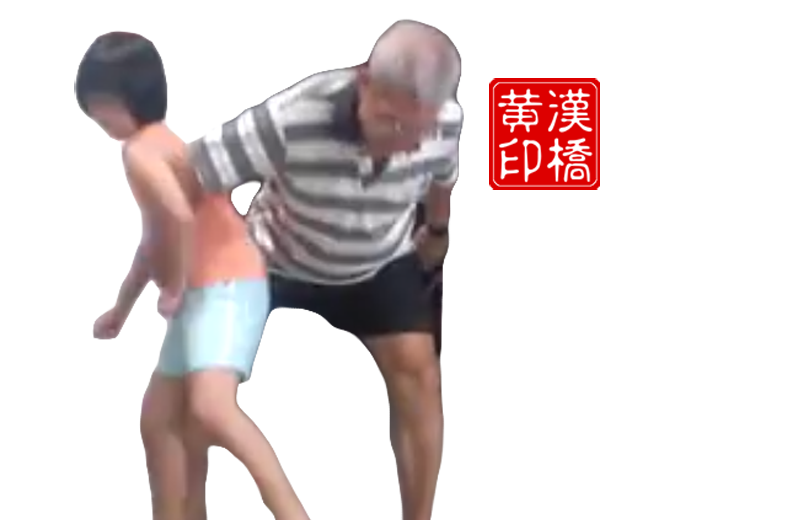 拦雀尾 meaning : grip the bird`s tail. It is an outward coiling such that I used my right arm to ward-off the coming punch on her left wrist (refer to my video, bear in mind do not lose contact), just simply imagine that I was attacked by a ” bird “,  her wrist is the bird`s neck  then screw in like creeper along her fore-arm until reaching her elbow and grip it . Imagine that her elbow is the bird`s tail. At this moment she could use her right hand/leg to attack me. So I pushed her left elbow against her right shoulder to make her unbalanced (this is the effect so called as 四两拨千斤） so as to eliminate her counter attack, if any (this is to fulfill the Chinese proverb : 制肘于人） . Finally followed up by : 抱虎归山，meaning: carry the tiger back to the mountain.    Note : If you have not enough strength to lift your opponent up with one hand around her/his waist then you might use another hand to  lift up one of her/his leg together,  throwing her to the ground is the outcome of this movement but not shown in the video !!!