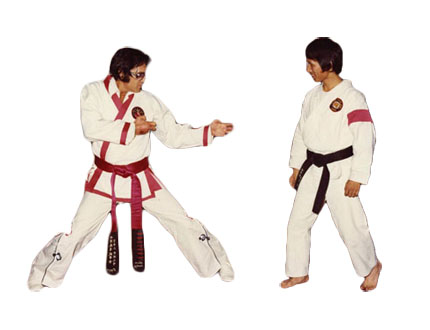 In order to persuade or convince their audiences  to believe that their martial arts are superior, the common way is to show a series of martial art  sparring demos. I am really disappointed that almost 99 % of the displayed demos  are choosing  an opponent such that he launched the first attack with one hand and with the other hand  hanging freely in the air waiting for the counter-attack. So that the <Sifu> would take advantage to  manipulate his fighting skills as fast as possible to knock his opponent down. It is really absurd. So far as we know that normal people have two hands and legs. Once they attack, they would launch multiple attacks with one hand after the other even with kicks !  So in my tai-ji demos, I always take this situation  into consideration. As in one typical example : 揽雀尾 ( meaning : grasping the  birds tail) if I neutralize my opponent`s first  attack by coiling （缠丝手）， I would make sure that his 2nd attack could not reach or impose on me due to out of position or body unbalanced. The proverb : ” Killing  2 birds with one stone ” is an appropriate expression for this movement  !  ( pl. refer to my tai-ji demo of  揽雀尾，and 抱虎归山 on Youtube  @ <wonghohnkhew.com> )